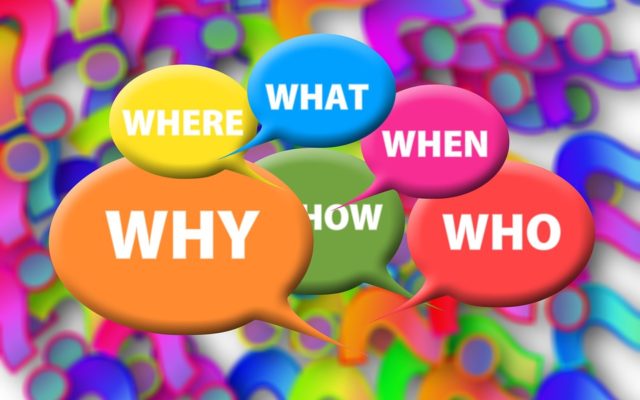 Since the wrath of the mainstream media was let loose onto Lars yesterday over mentioning the name of the whistleblower on Fox News, I have been flooded with comments, questions and emails. To save you some time typing to ask them, and us time reading and responding, we wanted to answer some of the most common questions we have received about this issue.

Are the names of whistleblowers protected by law for their protection?
The names of whistleblowers are only legally protected from their employers for retribution, in this case Lars is a private citizen with first amendment rights of free speech. He can say whatever he wants and it’s not breaking the law. Here is an article from NPR and how they spoke with several experts who said even Trump himself could likely release the name of the whistleblower without it being illegal.

Did you disclose the name of a person you suspect to be a whistleblower?
Lars gave the name of the person reported to be the whistleblower by reputable news sources, originally the source Real Clear Investigations ( part of the Real Clear Politics news umbrella), a trusted news source known for being non-partisan.
https://www.realclearinvestigations.com/articles/2019/10/30/whistleblower_exposed_close_to_biden_brennan_dnc_oppo_researcher_120996.html

How do you know for a fact this person is the whistleblower?
He doesn’t know this for fact, he is only able to talk about what has been reported by trusted media sources, just the same as many people in the media talk about things other media has reported on.

Did you disclose your source for this information?
Not in the original Fox News segment because the name was given as part of a different conversation, but yes since the segment, Lars has talked about where this information came from (the aforementioned Real Clear Investigations piece).

When would you disclose a confidential source publicly, if it might put the person in danger?
I can’t give you the thoughts in Lars’ head, but generally the only time we would disclose this kind of information is if we were convinced (as the original article, as well as all the released information points out) that this is all second-hand knowledge and hearsay, being released by a former regular at the Obama White House who has not only been removed from the Trump White House for the suspected leaking of information to the media, but also has been vocal about his negative feelings and disposition on Trump,  not a true whistleblower.

-Donovan Sargent is the Executive Producer of the Lars Larson Show, a conservative, and an advocate of constitutional rights.