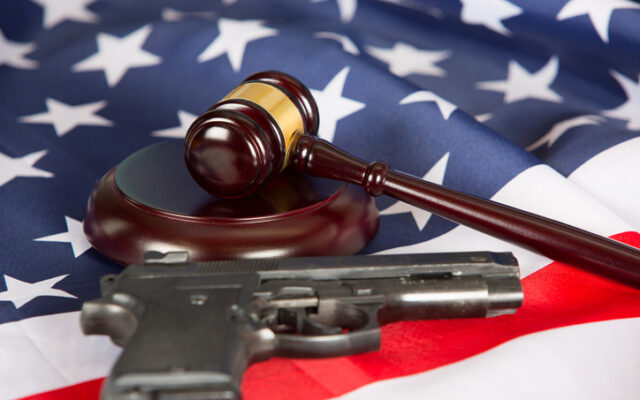 Judge gavel with the United States flag and a pistol

A single Judge has preserved the firearms rights of four million Oregonians.

State officials, all of them gun-hating liberal democrats, had planned to strip citizens of their rights December 8th…after the passage of ballot measure 114.

That document seems clear to me:  “Article 1  Section 27.  The people shall have the right to bear arms for the defense of themselves, and the State…”

Now, you don’t need a Harvard Law degree to understand that indefinitely delaying the civil rights of a citizen violates the Constitution.

Judge Raschio understands that…so he put the law on hold.

If the Constitution lists the literally God Given rights of citizens…but a law says you only GET those rights if a nameless, faceless, unelected bureaucrat grants you a permit…that may work in Communist China…but it’s a non starter here in America…even in a far left place like the Pacific Northwest.