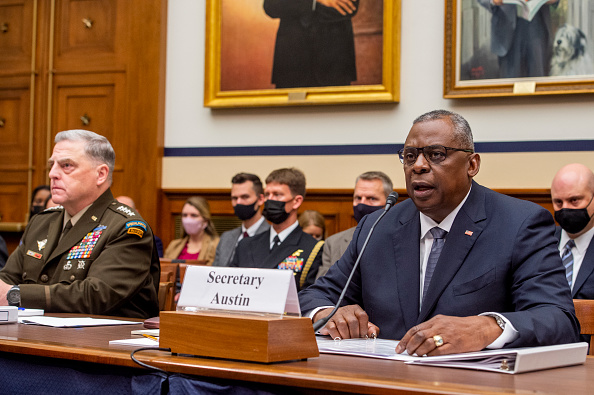 Can you even recognize the world we live in these days?

Top Generals testified under penalty of perjury they warned the President about the dangers of leaving Afghanistan.

Some Americans remain trapped behind Taliban terrorist lines…yes, the same Taliban Joe Biden trusted with security at Kabul airport where a suicide bomber from a different terrorist group blew up a dozen U.S. Marines.

Back here at home, the only Marine Corps officer who stood up and demanded accountability for the failure…is under arrest and the Pentagon confirms yesterday Lt Col Stu Scheller is locked up in the brig.

Back here at home, thousands of medical professionals…mostly nurses…get fired this week.

Last year they were heroes…this year they’re zeroes.  No jab, no job.

Oh, and by the way, they’re being fired in the middle of a pandemic surge and a crippling shortage of medical staff.

Meanwhile, at the White House, the President pushes for his obscenely expensive, multi trillion dollar government budget…which his spokeswoman, Peppermint Patty, insists will have a price tag of exactly zero…