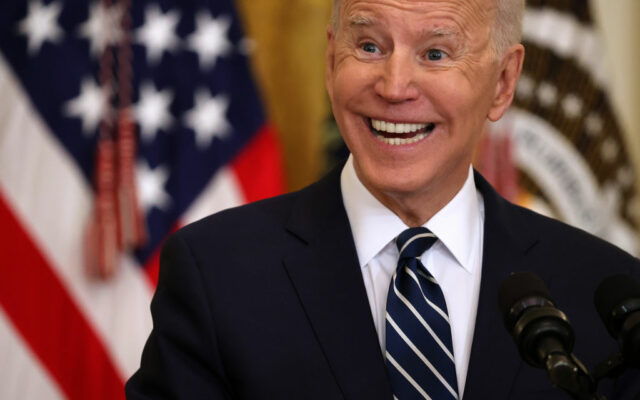 If you’re feeling a bit discombobulated these days, welcome to the club.

There’s a fence around the U.S. Capitol building with razor wire on top and you need picture ID to cross…by order of House Speaker Nancy Pelosi

But illegals don’t need picture ID to get into America…and we’re told that insisting on picture ID for voting is blatantly racist.

Speaking of racist, how come none of the mainstream media even questioned Portland city commissioner Joann Hardesty holding a segregated townhall meeting where only black men could attend.

In Salem, if you try to hold a rally celebrating freedom and marking America’s Vietnam Veterans day…and you’re attacked by left wing activists…it’s YOUR fault it turned into a fight

Meanwhile, inside the capitol building, Democrats are ready to pass a law that turns several hundred thousand Oregonians into criminals even if they’re carrying a gun with a permit.

Meanwhile, a lot of criminals caught with guns while they’re committing crimes don’t even get prosecuted for THAT crime.

It’s a confusing time folks…so I’m going to hold onto the few things I know are true…one of which is that the most beautiful granddaughter in the world…Paisyn Anderson…turns 5 today.  And that’s no April fool.