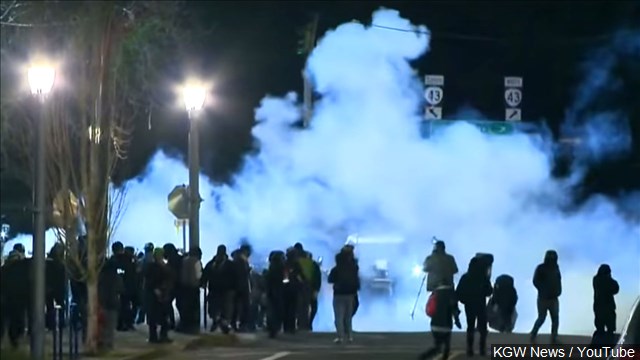 When it comes to Daunte Wright, everyone has his or her own deceptive description.

Police near Minneapolis shot Wright to death on Sunday.  That’s not in dispute

His mother calls Daunte “an amazing, loving kid”…a kid who at age 20 had an amazing list of arrests, gun charges, failure to appear and at least one conviction.

Most of the news reports shorthand it as “white cop shoot black man”…and they gloss over the fact that Police were arresting Daunte Wright for an outstanding warrant.

He could have gone peacefully and likely have bailed out in a few hours.

Literally in the split second the cuffs were about to go on…Wright broke free from police and attempted to flee.

Officer Kim Potter thought she pulled her taser and even shouted “taser, taser, taser” as she lined up the shot.  Unfortunately in the heat of the moment, she had grabbed her pistol and that one shot killed Wright.

The rioters who did damage in Portland and Seattle last night, allegedly inspired by Daunte Wright’s death, claim this was racism.

They accuse the police of deliberately killing Wright because of his skin color…a theory that falls apart unless you believe officer Potter was willing to flush her 26 year career as a cop…and maybe go to prison.

At the end of the day…it was a tragic accident.

The riots last night were not.