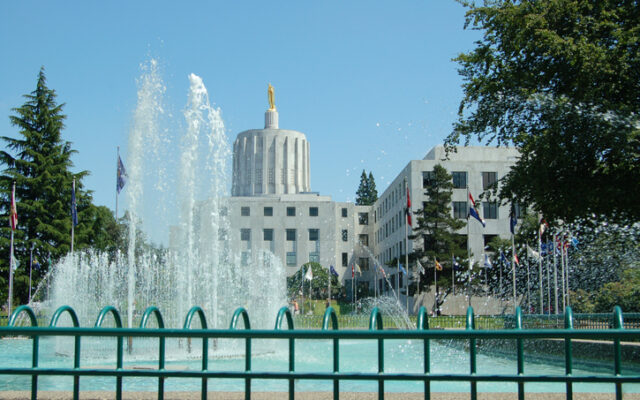 Boy is the sweepstakes for Oregon Governor heating up.  Well, at least on the conservative side of the aisle.

After all, the two democrats are the same two we’ve known for months:  Former House Speaker Tina Kotek and State Treasurer Tobias Read.  These two will promise to do more of the same as Kate Brown…the same stuff that has driven Oregon into the metaphorical ditch with high taxes, illegal alien crimes, and homeless everywhere…not to mention, the fact that Oregon seems doomed to be the last state in America to drop its mask mandates.

Meanwhile, in about ten minutes I’m talking to Bob Tiernan, conservative, who’s throwing his hat into the ring to run for Governor.  And about 45 minutes from now, conservative FORMER democrat party member Betsy Johnson joins me to talk about her run.  And we still have republican candidates Christine Drazan, Stan Pulliam and Bridget Barton.

New York City Carpetbagger Nick Kristoff still hasn’t officially been told he doesn’t qualify to run because of the Constitutional requirement that you have to live here for three years, first, but I’m reasonably sure that’s coming.

I’ve invited ALL of the candidates on my show…just as I’ve invited candidates for the major races in Washington to come on.  I’m not holding my breath for the Democrats but they’re certainly welcome.

One question I will have for all of them is about Oregon’s sanctuary state status…where government shields illegal aliens from discovery by U.S. Immigration authorities.

I want to remind you of the very real human cost of that crazy policy.

Bonifacio Oseguera Gonzalez.  More than fifteen years ago, this guy murdered three people at a blueberry farm where he worked.  He also stabbed a woman.

Prior to that, he had been deported six different times

And for all that criminal activity, this illegal alien gets life in the state’s psych ward.  At our expense.

Assuming some bleeding heart, do gooder governor doesn’t set him loose early…the way Kate Brown has been doing in recent months.  Funny how she’s happy to lockdown the law abiding citizens of the states while setting the criminals free.

Democrats…they’re dangerous to your life and health