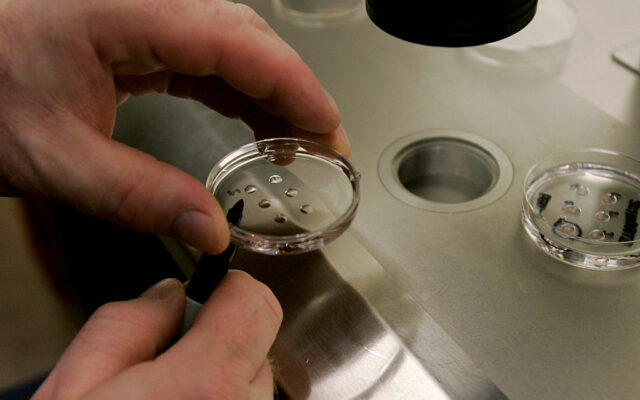 Back when embryonic-stem-cell and other types of experimentation on early embryos commenced, “the scientists” promised they would always limit their activities to embryos in Petri dishes to the maximum of 14 days in development.
Just a collection of undifferentiated cells, they sophistically maintained. We’ll stop when the nervous system begins to develop. It was all a ruse. The “14 day rule,” as it came to be known, only prevented that which could not be done. You see, the state of the science was such that embryos could not be maintained for longer. But it assuaged the peasants.

Besides, the scientists knew that the boundary wasn’t intended to be permanent. It was just a way station until embryos could be maintained outside a woman’s body for more than two weeks. That time is now arriving, and so, of course, the push is now on to expand the limit to 28 days.

To talk about this push to disect babies, Lars spoke with Wesley Smith, an author and a senior fellow at the Discovery Institute’s Center on Human Exceptionalism.

TheLarsLarsonShow · Wesley J. Smith – Should we allow science to double the age that they can experiment on embryos?
Tweets by LarsLarsonShow